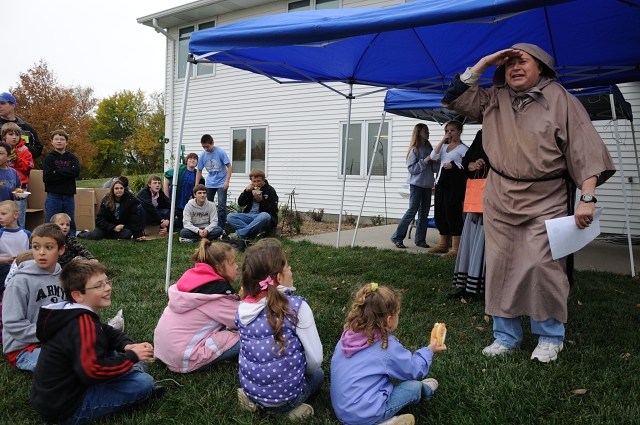 So what is Marty Party?  It is a family event where we celebrate Martin Luther who kicked off the Reformation on October 31, 1517.  This year's Marty Party was again held at the Christiansen Farm, where we had fun with activities such as hayrack rides, crafts, roasting marshmallows and hotdogs around a bonfire.  It was a cool crisp afternoon with a hint of rain but the the rain never did arrive.  Instead of rain we were treated to a visitor who had stopped by on his way to Wittenberg.  It was Martin Luther!  OK, it was really Pastor Bartelt just playing as Martin Luther, but we had a great time just the same.