[sigplus] Critical error: Image gallery folder Christmas2017_gallery is expected to be a path relative to the image base folder specified in the back-end. 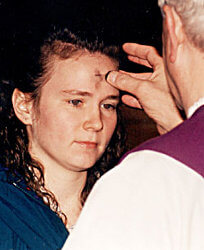 This article written by Rev. Mark Buetow originally appeared on Higher Things: Dare to be Lutheran

Friends, Romans and Youth, “Lent me your ear.” Ash Wednesday begins the Holy Season of Lent. What is Lent? Lent is a Holy Season of the Church Year lasting 40 days. But what is Lent about? Well, it's not about things people borrowed from you and it's not about that fuzzy stuff that sticks to your pockets. No, Lent is a season in which Christians pay close attention to Jesus going to the cross for sinners and taking the opportunity to receive even more of Christ's gifts to us in Word and Sacraments. (Usually with the Supplemental Church Lenten Wednesday Service).

The season of Lent has a long history in the church. First of all, the 40 days of Lent remind us of a bunch of “Top 40s” in the Bible. There was the 40 days and nights that rained during the Flood in which Noah was safe in the ark. There are the 40 years of the Children of Israel wandering in the wilderness on their way to the Promised Land. There is the 40 days of repentance declared to the city of Nineveh by the prophet Jonah. Jesus was in the wilderness for 40 days fasting and praying when He was tempted by the Devil and laid the Word-of-God smackdown on the Evil One. There were 40 days after Jesus rose on Easter until He ascended into heaven. All of these “40s” were the basis for a time of reflection and devotion in the Church Year. The 40 days of Lent was a time to remember that God's people are still in the “wilderness” of this life and our Lord is there taking care of us.

[sigplus] Critical error: Image gallery folder Christmas2017_gallery is expected to be a path relative to the image base folder specified in the back-end.

The children of Zion Lutheran Church presented the Children's Christmas Service, "Hark! The Herald Angels Sing" on 12/16/2017.  The service helped children share God's love for  us through readings and songs.

Hark! The herald angels sing,
"Glory to the newborn King;
Peace on earth and mercy mild,
God and sinners reconciled!"
Joyful, all ye nations, rise,
Join the triumph of the skies;
With the angelic host proclaim
"Christ is born in Bethlehem!"

Representatives of The Lutheran Church—Missouri Synod, Lutheran Church—Canada and the North American Lutheran Church have worked together to create a daily Bible reading plan called “Reading the Word of God: A Daily Reading Guide for Three Years.”

"Each day’s reading in the three-year guide includes Old and New Testament selections as well as a psalm or part of a psalm.

The reader who follows the guide will read through the entire Old Testament once and the New Testament twice over the three-year period, with the book of Psalms being read in full twice each year.

Certain times of the church year, such as Christmas, Easter and Pentecost, depart from the normal sequence to focus on the specific occasion." Read more about this plan here, or click on the link above to access the plan.

Article  by The Rev. William Cwirla from Higher Things - Dare to be Lutheran 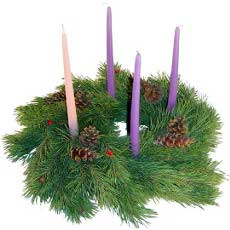 The church year in the West begins with with a preparatory season called “Advent.”  The word “advent” comes from the Latin wordadventus, meaning “appearing” or “coming,” referring to the appearing of a great king or even a god.  In Christian usage, it refers to the appearing of Jesus Christ in two ways - His first appearing as the Child born of the Virgin Mary and His second appearing in glory on the Last Day to judge the living and the dead.  You see, Advent isn’t only about getting ready for Christmas; it’s also about getting ready for Jesus’ final appearing in glory only the Last Day.

We live in the last days, between Christ’s first and second appearances.  He is always present with us, and always has been since the beginning.  His presence is made audible and visible to us by the Spirit through the preached Word and the Sacraments.  Only briefly did the Son of God show His face some 2000 years ago.  Only at the end will we see His face again when He appears in glory.  Until then, we watch and wait for His second advent even as we celebrate His first.

This article written by Rev. Donavon Riley originally appeared on Higher Things - Dare To Be Lutheran 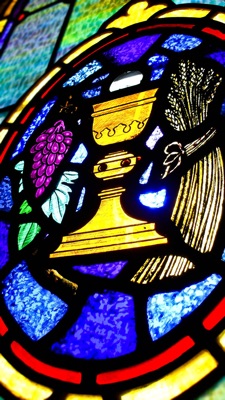 All creation praises it's Creator (Psalm 148). And yet, because God subjected creation "to futility" (Romans 8:20) because of sin, it cries out every day in hope for the greatness that is still to come. The most sumptuous Thanksgiving dinner, the most savory foods, the most exciting conversations-all these things stir up our appetite for more. They nudge us to imagine more stuff that lasts longer than a holiday feast. We can't help ourselves. No matter how much hot apple cider, eggnog, or mulled wine we drink, it doesn't slake our thirst...not really. They whet our appetite for more. As soon as we push ourselves away from the table-while we look around for the nearest piece of furniture that promises a nap before the invasion of the leftovers begins-our hearts are in motion. By the time we wake up, bleary-eyed, dry-mouthed, the taste of the feast has faded from our mouths. The great things they inspired in us-the laughter, the delight, the joy-have escaped. The world is solid. It can be picked up with our forks, chewed, swallowed. But it struggles in us. It declares itself a pilgrim in our digestive tracts and reminds us that our hunger can only be satisfied for a moment. Every meal, especially holiday feasts, reminds us of what we are about. 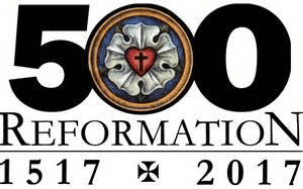 The follow article by Pastor Rolf Preus was originally posted to The Brothers of John The Steadfast website.

Dear Brothers and Sisters in Christ:

This month, we Lutherans celebrate the 500th Anniversary of the Reformation. On October 31, 1517, Martin Luther nailed 95 theses on the door of the Castle Church in Wittenberg, Germany. That event is regarded as the beginning of the Reformation. During the month of October, the teaching and preaching in Bible Class and Divine Service will center on the precious truths brought to light by God’s servant, Martin Luther, beginning 500 years ago.

It was during the Lutheran Reformation of the 16th century that God graciously brought to light a truth long hidden, the truth that enlightens us and clarifies for us everything God teaches us about everything.

That truth, which lies at the heart of our faith, is the teaching of justification by faith alone. To be justified is to be reckoned by God to be righteous or just. We cannot justify ourselves. God justifies us by imputing to us the righteousness of Christ. Apart from this gracious imputation we would remain guilty as sin and under the condemnation of the law. But because of this gracious reckoning we are righteous. The righteousness we have is not our doing. It is what Jesus Christ did for us when he obeyed God’s law perfectly in our stead and suffered on the cross to pay for our sins. It is not our doing. It is Christ’s doing. It is God’s gift to us. We receive the gift through faith alone. We do not become righteous by obeying the law. That is legalism and it is a denial of the gospel. We become righteous, not by doing good deeds, but through faith alone in the gospel. 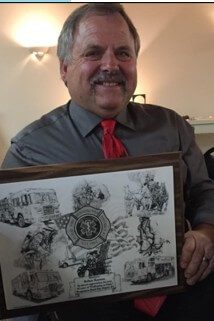 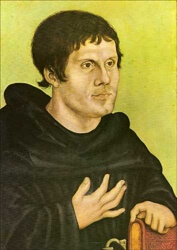