So you want your church to be popular? 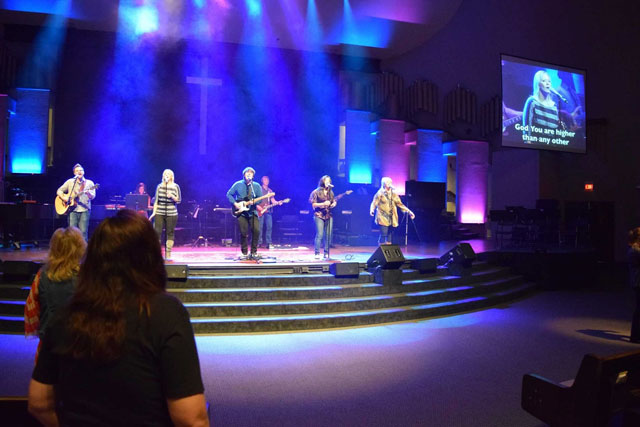 Do you want your church to be popular?  Of course you do!  Every pastor loves to see the church growing in numbers.  Congregation members are excited to be at a church that is clearly thriving and successful.  The good news is that this is possible for you.  It will take work, but if you live in the United States there is a clear roadmap to success.

First, don’t talk about doctrine.  We live at time when post-modernism has taught people that there is no such thing as truth, or right and wrong.  Doctrine is very much about truth – the claim that there is teaching that is right and teaching that is wrong.  This is guaranteed to turn off people.  Because of this yours will, of course, be a non-denominational church.  Denominations (or to use that old fashioned word, “confessions”) have historically been differentiated by doctrine.  Opt out of the denominational game and intentionally avoid doctrine altogether.

Second, emphasize that people can decide to believe in Jesus by their own powers and will – faith is entirely their choice.  This is called Arminianism, but that doesn’t matter for us.  This works for two reasons. First it is rational and matches their experience.  It makes sense that people have the power to decide to believe in Jesus, just like they have the power to decide what Netflix show they will watch.  Anyone who has been outside of Christianity at some point, recognizes that a change took place – first they didn’t believe in Jesus, and then they did and decided to commit to him.  So obviously, it was a decision they made.  Second, it puts the individual in charge and in individualistic America there is nothing people like more.

Third, teach that Baptism and the Lord’s Supper are only symbols.  I know I said that you aren’t supposed to talk about doctrine, but it is impossible to avoid these.  When you say that they are only symbols you make things purely rational.  It doesn’t require faith to believe something that is God’s doing and goes beyond human understanding.   Plus, you make them into something that we do, and people like it when the focus is on them and their doing.

Fourth, de-Church your church as much as possible.  Remove everything that looks “churchy.”  Instead, make your church look as much like the culture as possible.  Get rid of that cross in your worship space. Obviously there will be no altar.  Instead, you will want an auditorium setting with a stage where people can feel like they are going to a concert because that is largely what you are going to provide.  The worship experience will use music and lights to induce emotions.  The experience of these emotions – this “experience” – will be what people consider to be the presence of God.

Now if you are Lutheran pastor, you have some problems here.  First, you are part of an explicitly confessional church.  The Augsburg Confession is the foundational document of your church.  The Small Catechism is the most basic element of teaching and confession of what you believe.  Doctrine is part of your DNA.

Second, you confess in the explanation of the Third Article of the Creed that, “I believe that I cannot by my own reason or strength believe in Jesus Christ my Lord or come to him.”  You are not Arminian.

Third, you believe that Baptism and the Lord’s Supper are not merely symbols, but instead means by which God actually does things.  They are miracles by which God gives forgiveness and strengthens faith.  Baptism is foundational to who a Christian is and how they now live.  The Lord’s Supper is the summit towards which every Divine Service moves.

Fourth, your church confesses that “churchy” stuff is inherently good, important and to be retained.  Your manner of worship and the previous point are woven together because the liturgy your church uses has been built around the Lord’s Supper in order to emphasize and teach about the miracle of Jesus Christ being present in his true body and blood given and shed for you.

So what is one to do?  You need to recognize that as a Lutheran you have some limitations when it comes to having a popular American church.  But that doesn't have to stop you.  Remember, this is God’s work we are doing here!

First, you need to de-emphasize doctrine.  Your new member class should take only a Saturday, or at most just a few sessions.  Provide a minimal doctrinal barrier to people joining your church.  It is best if you follow the example of others by removing “Lutheran” from your church’s name altogether.  Don’t talk about doctrine in the life of the congregation.  Instead everything will be about practical matters of how Christianity directs our lives and helps us to live.

Second, you don’t have to confess Arminianism in order to act like one.   Make the focus of your church about evangelism.  This will allow you to speak and act just like the non-denominational church down the street.  You don’t have to worry about theology when you are working to bring people to Jesus and it is producing results.

Third, baptism is a tough one.  You have no choice except to baptize babies. This is a barrier for people and a limitation you can’t avoid.  But that doesn’t mean you have to talk about baptism that much.  The Lord’s Supper is easier.  You can thank eighteenth century rationalism for help on this one since it largely killed off every Sunday communion in Lutheranism.  Non-communion Sundays are already part of Lutheran life. People are used to services with no Lord’s Supper.  On the Sundays when you do have it, truncate the service to include only the Words of Institution and distribution.  Rearrange the service and place the sermon where the Sacrament of the Altar used to be, because the most important thing is your message.  That is what you want people to have on their mind as they go home.

Finally, de-Church your church.  Just do it.  Forget what the Book of Concord says.  You don’t live in the sixteenth century. The previous three actions will assist in this. In particular, the focus on evangelism will identify every churchy thing as a barrier to outsiders.  They have to go so that we can bring people to Jesus.  The entire second half of the liturgy of the Divine Service has been built around the Sacrament of the Altar in order to emphasize the unique nature of this gift.  Since you are not emphasizing the Lord’s Supper, it will be easy to get rid of all that stuff (and as an added bonus, this will further remove emphasis from the Lord’s Supper).

These steps will help make your church popular at a time when Christianity is becoming increasingly unpopular.  You will be a successful pastor at a successful congregation.  True, by removing doctrine and making your church as much like the culture as you can you are creating a church that that will over time become more and more the culture, and less and less the Church.  Certainly, you will be creating a church whose practice is no longer guided by Lutheran theology that is true to God’s word.  Yes, you will have a church that at the very least, minimizes the understanding of the sacramental ways God’s gives us forgiveness and so short changes people in these gifts.  But don’t forget, your church will be popular.

Mark Surburg is pastor at Good Shepherd Lutheran Church, Marion, IL, a congregation of the Lutheran Church - Missouri Synod. He received his B.A. with a double major in Biblical Languages and Religion from Concordia College, Ann Arbor, MI.  He attended Concordia Seminary, St.Louis where he received Master of Divinity and Master of Sacred Theology degrees.