How Fathers Influence Their Children’s Churchgoing 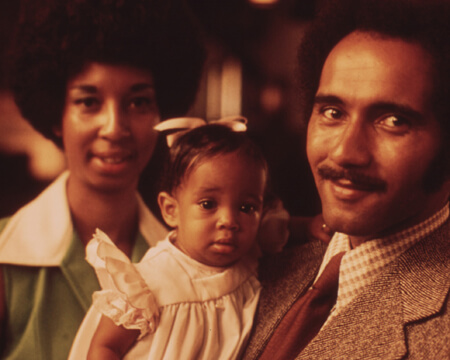 Nathan Rinne, who blogs with Jordan Cooper at Just and Sinner here at Patheos, discusses a post that I wrote a number of years ago entitled “Raising children so they will go to church as adults”.

Here are some specifics, as reported in Touchstone:

“In short, if a father does not go to church, no matter how faithful his wife’s devotions, only one child in 50 will become a regular worshipper. If a father does go regularly, regardless of the practice of the mother, between two-thirds and three-quarters of their children will become churchgoers (regular and irregular). If a father goes but irregularly to church, regardless of his wife’s devotion, between a half and two-thirds of their offspring will find themselves coming to church regularly or occasionally.

I discuss this phenomenon in more detail in my book written with Mary Moerbe entitled Family Vocation:  God’s Calling in Marriage, Parenting, and Childhood.

Read Nathan’s post, Men Matter:  Expanding on the Most Memorable Post on Patheos I’ve Read (blush, blush).  He has his students (I believe from Concordia St. Paul) read the findings and give their reactions.  The students are somewhat incredulous, but say that, yes, this pretty much fits their experiences.  I especially appreciated this response from a father who had stopped attending church regularly:

“Well, I have decided that I am going to give [attending church] another chance. There are two main factors that have lead me to this decision and the both came from me taking this class. First, by attending a church to write the paper I came to the realization that my wife and kids were also being affected by my hardheadedness about going to church. My family fell in love with where we went, and my oldest boy specifically keeps asking when he gets to go again. Second, the article you posted about fathers going to church having a correlation with their kids attending. This really spoke to me since, my kids deserve to see what church has to offer, like I did when I was younger, before they decide about their faith. So, in summary, I recognized that even though, in my mind, I have a legitimate reason not to attend. I need to but that aside for my family’s spiritual health.”

Here is the bibliographic information for the Swiss study, from the Christian Post:

“The Demographic Characteristics of the Linguistic and Religious Groups in Switzerland” by Werner Haug and Phillipe Warner of the Federal Statistical Office, Neuchatel. The study appears in Volume 2 of Population Studies No. 31, a book titled The Demographic Characteristics of National Minorities in Certain European States, edited by Werner Haug and others, published by the Council of Europe Directorate General III, Social Cohesion, Strasbourg, January 2000.

The findings are so dramatic and address such an urgent concern for the church that the study begs for replication in the United States today.

Any of you graduate students in the social sciences or ministry looking for a dissertation topic?